Tania Sachdev
Tania Sachdev is a perfect example of women coming out of the patriarchal society and reaching the top in a male dominant game like chess. Usually people in our country connect chess with boys and it is supposed to be a boy’s game. But she has made an exceptional mark in this regard.
Being the 8th Indian woman grandmaster in 2005, she has also won number of prizes and brought laurels to the country by winning the bronze medal at the 2012 chess Olympiad held in Istanbul, turkey.
She was unstoppable just after the training for 5 months and won the national under 8th tournament and was also a champion of British under 8th chess championship in 1993. Tania is also listed as the youngest chess player in the Limca book of records.  She has learned from her defeats and odds, she says “I like to be by myself when that happens. A loss hits hard and I like to introspect about where I went wrong, what I could have done differently”. She is focused and doesn’t take any game lightly. Every game is challenging, even when she’s pitted against players who are ranked lower than her. “All the preparation in world is sometimes not enough. I don’t fear any player, but generally the Russians and Chinese are better trained due to better chess culture in their countries”.
Her style of playing has evolved from aggressive to positional now. She is particular in her nutrition and opts for organic food only. Also an exercise freak, she chooses yoga over hitting the gym. Dancing is one of her hobbies.
She plans to be a coach post her retirement as she believes that kids need to be trained better in India. She also owns a chess academy in New Delhi. She has also given talks at IIM Bangalore and was a part of save girl child campaign. 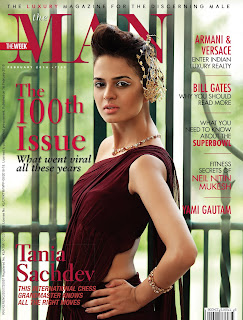